Cooperstand is a great choice for the performing musician looking for a professional musical accessory that does an unsurpassed job as an acoustic guitar stand, electric guitar stand, bass guitar stand, banjo stand, dobro stand, or mandolin stand. It combines artistic good looks, versatile full size functional strength, with minimal size compatibility, and portability. All of this in one very small package. 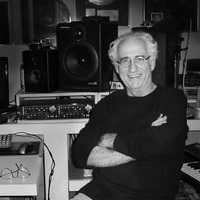 Back in 2001, shortly after the recession following 9/11, Daniel Cooper came up with the idea of a folding guitar stand that would fit in the case after trying to walk into a gig at a local club soon to be wife and business partner, Melanie Dyer. They worked on prototypes for over six months, with Daniel working in the shop like a mad scientist and only coming out to get Melanie's approval on each one. Finally, after going through probably two dozen prototypes over six months, they were convinced they were on to something. With Daniel's background in building things and his art skills he was able to present the prototype to the patent lawyer and find out if it was original enough to patent. The product was called the Cooperstand.

At their first NAMM show they had arranged a meeting with Bob Taylor owner of Taylor Guitars. He took the stand in his hand after they demonstrated it and asked if he could have it. Of course, they agreed and shortly thereafter the wooden Pro-G Cooperstand became a co-branded product in the TaylorWare accessories department. Tom Bedell with Bedell guitars also came onboard and soon they were manufacturing products and filling orders for stores, international distributors, and co-branding for other brands such as Breedlove and Godin. The first NAMM show they did in Nashville in 2010, they won a "Best of Show" award.

In a town where "it all begins with a song", for them, it all began with an idea, a dream that became reality. 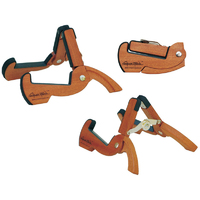 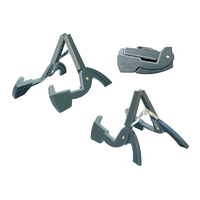 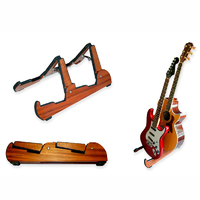 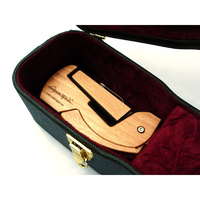